The Flight Jacket or “Bomber Jacket” as it is nowadays popularly referred to has a long and colorful history from its inception during the early 1900’s.

During World War I, pilots flew in aircraft with open cockpits, flying in high winds and at high altitudes is a very cold endeavor so these pilots quickly found the very warmest jackets.

In 1917, The US Army established the Aviation Clothing Board and began distributing heavy duty leather flight bomber jackets, thus the American Flight Bomber Jacket was born.

Later, as materials became more scarce, they distributed non-leather jackets – but by then the popularity of the leather bomber jacket was legendary.

On April 27, 1943, the Type A-2 flight jacket was declared “Limited Standard”, meaning that only replacements for in-service units could be ordered. This was a year of shortages due to the war effort and many articles were made with cheaper materials – even pennies were made of steel instead of copper that year.

From 1943, new units were supplied with cloth-shelled jackets such as Types B-10 and B-15.

In The Army Air Forces Catalog

The U.S. Army Air Forces Class 13 Catalog listed the garment as “Jacket, Flying, Type A-2,” with Spec. No. 94-3040. The jacket’s construction is described as “seal brown horsehide leather, knitted wristlets and waistband (skirt).”

The A-2 is very similar in construction to the A-1, some improvements were that the A-2 replaced the A-1′s buttoned front and pocket flaps with a zipper and hidden snap fasteners (Some of the early A-2 jackets retained the pocket buttons).

The stand-up knitted collar of the A-1 jacket which buttoned closed, was replaced in the A-2 by a shirt-style leather collar, with hidden snaps at the collar points and a hook-and-eye latch at the throat.

Stitched-down shoulder straps were also added to the design.

Sizes were listed as ranging in even numbers from 32 through 54. 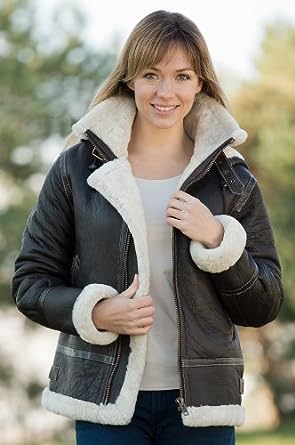